At Airship, we build custom web and mobile applications for a wide range of companies. One of the benefits of working at a company like this is we get to try out a lot of newer technologies. A common problem we experienced was creating great experiences for mobile apps. In the past, we've gone the native route and we've also done a bit with PhoneGap, a hybrid solution that lets you write HTML5 and use it inside of a WebView inside an app shell. Native (iOS/Android): PhoneGap: These drawbacks kept us searching for a better solution, which is how we ended up looking into React Native.

What is React Native

React Native is a cross-platform mobile JavaScript framework developed by Facebook and open-sourced in 2015. It takes the same declarative and modular style of building applications with React and brings it to mobile development. One of the key differences between React Native and other hybrid solutions is that it is not a WebView inside an app shell. It is creating real native applications that use the same fundamental UI building blocks as regular iOS and Android apps, but you are just putting those blocks together using JavaScript and React. For example, React Native has a concept of a View that actually renders:

We started using React Native in 2016, and we've shipped numerous apps to the App Store over the past 2 years. It was only after jumping in that we fully realized the power in this framework. We had two main observations:

There are a lot of very large companies using React Native in production right now: Just to name a few... Although most of those apps aren't 100% React Native apps, there are large sections of the apps that are. These companies have apps that have been around for a lot longer than React Native has been on the scene, so it just wouldn't make sense to completely scrap their old app and start new. This leads into another interesting distinction with React Native: It can be used within an existing native application, AKA a “brown-field” application. This creates the unique ability to add the same functionality to existing iOS and Android apps, but only have to write it once in JavaScript. Most of the projects our team has worked on have been “green-field” apps, meaning we've started them from scratch in React Native. However, this doesn't mean you're locked in to only a feature set that React Native provides.

Everything that is available to a native application is accessible. React Native's creators didn't build an API for every native feature, but they did build a way to make anything available to the JavaScript side of the application through something commonly referred to as the “Bridge.” This concept of the “bridge” is a channel that facilitates communication between the JavaScript side and the native side. This is how the JavaScript is able to render UI natively, and also how the native side can send native events to the JavaScript side. This bridge is also accessible to be used with custom native code, so as a developer, you can easily access anything that you need natively. When Face ID came out, we were in the middle of development for a customer's mobile app. They immediately wanted to have it in their app. With other frameworks, we might have had our hands tied by the maintainers of that framework until they built the feature or plugin. With React Native, we had the ability to immediately start experimenting with that native functionality in our app. It actually turned out that there was someone with a working library within weeks of Face ID being announced, so we were able to add that into our project fairly easily. This goes to show that there are basically no barriers between what a native app can do and what is possible in your React Native app. If you know how to add the functionality natively, you can do it in here as well.

The bridge is a fairly new concept if you're coming from the React world, however, there is a lot to React Native that we can easily compare with what you already know in React. Here are a few important distinctions.

iOS Android You can also use Expo, which is a great service to allow quick iteration and cross-platform development, no matter what OS you are using.

React Native ships with its own bundler, so there is no need for managing a bundler like Webpack. This includes ES6 and some ES7 features built-in, so no need for adding the babel plugins.

Instead of rendering HTML elements to the DOM, React Native is rendering native elements in the UI. To create the native elements, React Native is comprised of a set of primitive components that everything is built from. These are essentially the “Building Blocks” of your application. <div /> - <View /> <span> <h1> <p> etc. - <Text> <img /> - <Image /> <input /> - <TextInput /> These are just a few, but there are many more primitive components from React Native available. NOTE: Due to React Native not using web elements, most UI libraries for React will not work unless they have their own React Native equivalent built-in to the library.

For styling, there is no special language or syntax needed. You just style your application using JavaScript. All of the core components accept a prop named style. The style names and values usually match how CSS works on the web, except names are written using camel casing rather than using a hyphen. Not all CSS properties are supported, but the majority are. 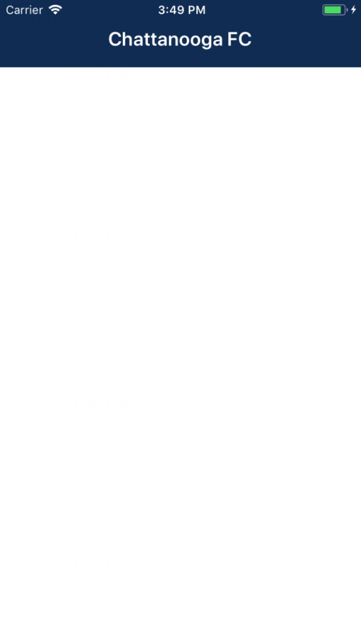 React Native also takes advantage of using Flexbox for layout and positioning. This works exactly how Flexbox is used on the web, so you don't have to learn some new pattern for layout. This is the preferred way of handling layout to provide consistent UI on different screen sizes. 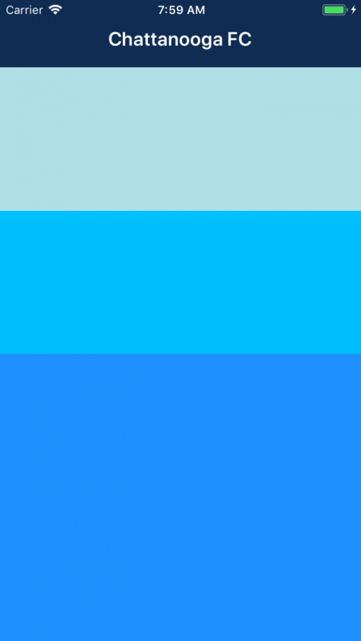 iOS and Android native apps typically look and feel relatively different, so you can use the Platform module to handle specific functionality and appearance for each. In the code I can check what type of device it is and do specific actions with that, whether it is something extra that I want to happen on an Android device or if I want to apply a specific style for iOS only. With that said, RN will absolutely work without any special attention to the platform. The decision is up to you.

As I mentioned earlier, users have some level of expectation to how they interact with their apps, and native apps sets the standard for what is expected. React Native has a couple of ways to tie into those native interactions to make everything feel and look more native.

With RN, there are no anchor tags, but anything can become clickable by using one of the Touchable components. They behave visually as their names imply, and they have an onPress event handler to trigger anything you want from a touch.

React Native comes by default with a very robust animation library called Animated that provides pretty much any detail of animation needed. This is very similar to the Velocity.js library for the web. It allows you to create animations in a very declarative way.

React Native provides the PanResponder module to handle user gestures. This can recognize multi-touch gestures as well as swipes and other touches that make native apps feel snappy and intuitive. The API isn't as clear as some of the others here, but it is still extremely powerful tool that is used quite frequently.

React Native has some powerful tools built in to enhance the developer workflow. Hot Reloading & Live Reloading are built in, and it uses Chrome Developer Tools for debugging by default. 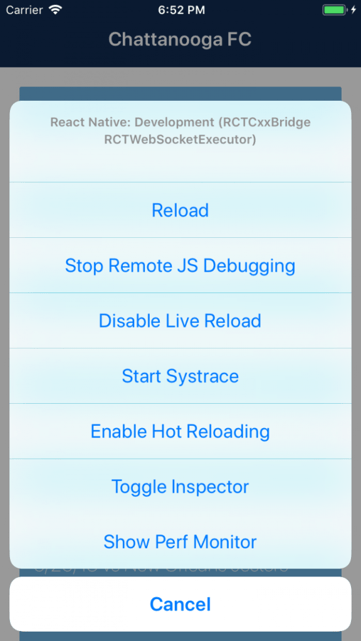 Over the Air Updates

Since there is just a JavaScript bundle controlling the application, there are a few technologies in the community to enable over the air updates to your app. CodePush by Microsoft is a technology we've used for this. If you have ever worked with mobile apps in the past, the process of getting out a new update for a bug fix can be quite troubling. Now we can just make the bug fix and push out a new version of the app immediately to all user's devices without them having to manually download it. This has been HUGE in terms of saving time as well as keeping our users' apps up to date.

Lastly, I want to look into what the future might hold for the React Native ecosystem. When committing to a new framework, we didn't want to spend valuable time learning a new technology, only for it to be obsolete within a few years. If you've been in web development for a while, you're definitely experienced this. One of the exciting things about the React Native ecosystem is how far its reach is spreading into all aspects of development and the stability it has. When React came out it was revolutionary in how it changed front-end development. When people realized that the same underlying framework could be used for mobile as well, React Native was born. People have continued to push the limits of what React Native is capable of, in areas such as: Not only is React Native being using in many different mediums, but the community is also trying to figure out a way to have one centralized framework so that, in theory, one single project could work on the web, mobile, desktop, etc. Many people in the React world share the same vision of using React anywhere. Microsoft, Airbnb, and Twitter are leading the charge on this idea. Here is a tweet by Nicolas Gallagher, formerly at Twitter and creator of react-native-web, which was used to create the new Twitter web app. I think this is spot on to what React Native represents for the future:

React Native is a rough first draft of a framework that is not directly coupled to an individual platform's primitives. This means you can describe the majority of your application UI in a simple and expressive form that can then be rendered by a variety of "backends".

https://twitter.com/necolas/status/983769339596853248 We've still got a long way to go before that dream is fully realized, but it's exciting to see the future of what people are working on and their vision behind it. With the possibilities of using the core functionality of React & React Native in all of these places and the fact that a lot of large companies are investing into the technology, we felt like it was a wise decision to jump in, and we haven't looked back since.
previous Watch Wyndy's Journey Story next Scary-Good UX Design Examples for Mobile Apps

Start with: What problem are you trying to solve?

We use the 5W’s + 1 H format as well as the SMART Framework when establishing a problem statement. In fact, you can draft your own problem statement by using our free download. This download will get you thinking through some of the questions and answers prior to starting your project.

Ready to get started?